Travel to Smithers is made fairly easy with two daily Air Canada flights from Vancouver. If you are arriving the night before and staying at a hotel we do not have a shuttle service but can help organize a ride. The lodge is conveniently 15 minutes drive from the Airport. If you need any help making reservations be it an airline, hotel or shuttles please let us know and we will be happy to help. 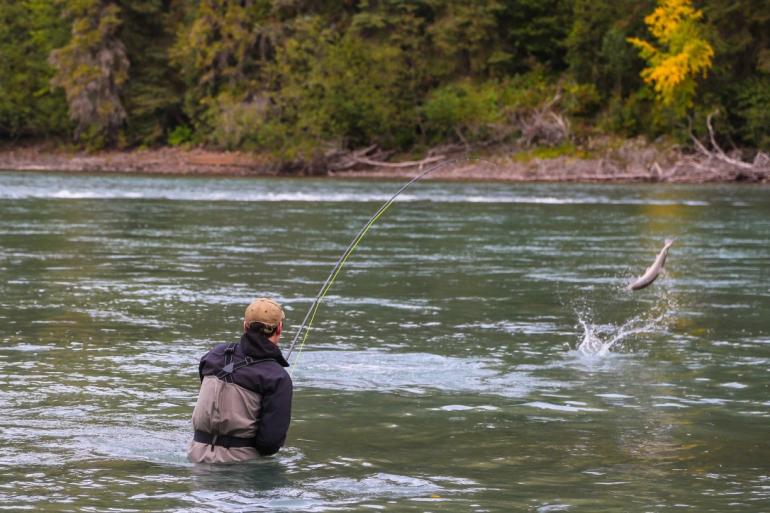 The first Bulkley steelhead are historically found in fishable numbers by the 20th of August. The majority of those early fish are destined for the Morice River and therefore move up quickly through the main stem. The water temperature is warm that time of year, and the fish are extremely surface oriented as a result. If you are seeking a fly fishing adventure that is dictated by floating lines and skated dry flies, late August and early September is the time for you. This time frame has picked up steam the past 5 years. Other than in 2017 over the past 5 years these weeks have been the most productive of the season. There was a very real trend of the biggest pushes of fish for the entire season showing up early. In 2017 this trend was bucked but it happened again in 2018. 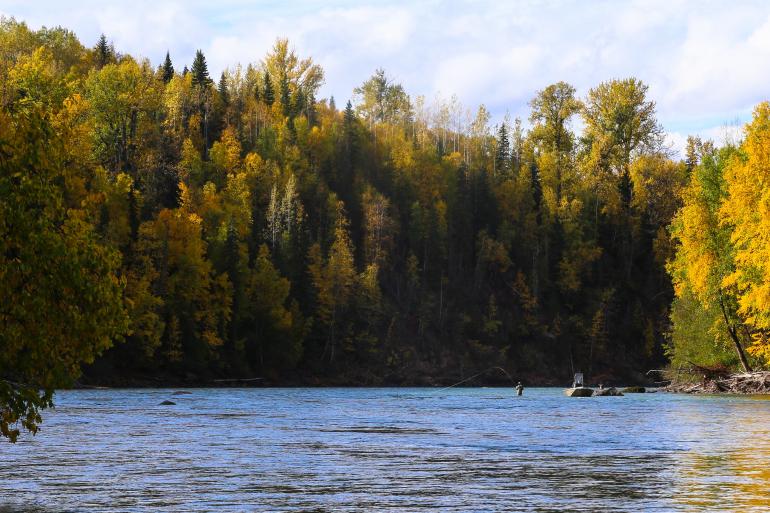 Traditionally this is the most popular time of year to visit the Bulkley Valley. The fish are bright, having just entered the river, and one can always anticipate great top water action. When not skating flies on the surface, anglers find themselves using a variety of different techniques. We use a combination of weighted/unweighted flies, on floating lines, and sink tips, depending on water conditions and angler preference. These weeks are typically the most sought after dates and offer very consistent fishing. The only down side is this is when the biggest potential of a big rain and a blow can occur. 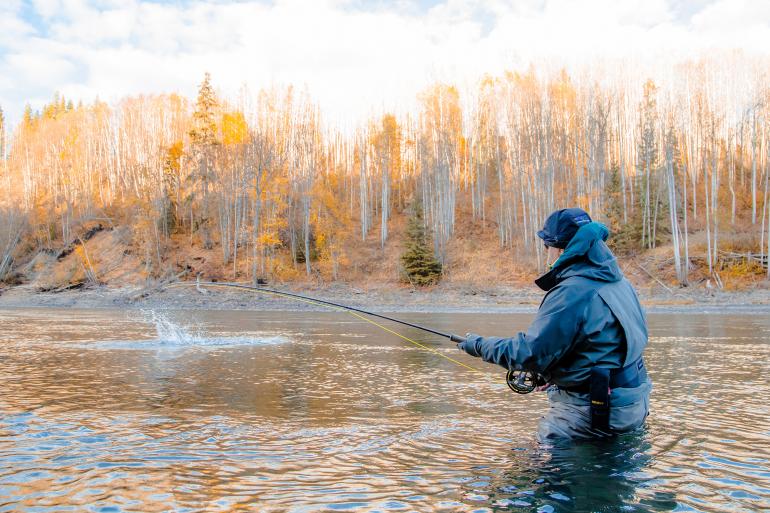 The September arrivals have distributed themselves throughout system and fresh fish are continuing to pour into the river. This is the time of year when the Bulkley produces the largest steelhead of the season. Some of which exceed the 40” mark. Oddly enough the coldest week of the season is never that first week of Nov, there is always a fluke cold snap sometime in October. The river has ver few angler at this time of year and fishing can be incredible if you can take some cooler temps.

November is usually characterized by cool air, the occasional snow flurry and low clear water that is loaded with Steelhead. The fair weather fishermen have reeled up and gone home, leaving endless miles of magnificent water to those brave enough to encounter a frosty November morning.